Q: What is manga?

A: Manga is a comic or graphic novel originating from Japan.

Learning about manga offers some much-needed joy. I can remember hosting a manga-inspired birthday party for my seven-year-old daughter over twenty years ago. Every kid in the place beamed like a vibrant ray of light as they readied to take on a manga adventure. As an educator in English literature and world history, I found that manga provided me with a gateway to struggling and reluctant readers who hadn’t quite found a favored genre.

According to PBS Digital Studio video essay show, It’s Lit, “Manga is similar to traditional comics and graphic novels with the added twist of presenting the history of Japan.” Manga’s highly engaging stories are saturated in expressive, fanciful, pop illustrations that ensure each comic is exciting and fast paced.

Another great fact about manga is the insight it offers into another culture, making the world a more inclusive place.
Happy Learning, 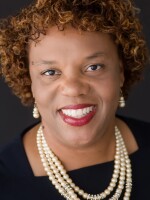 Robin Pizzo
Robin Pizzo leads the education outreach efforts of WKAR Public Media at Michigan State University, the PBS and NPR affiliate serving Michigan's capital region. Robin convenes partnerships and coordinates station initiatives such as WKAR Family and Ready to Learn to bring workshops, learning tools, and other resources into the community to help kids be resilient, lifelong learners.
See stories by Robin Pizzo
Exploring Nature
Celebrate the amazing outdoors this month with WKAR!
LEARN MORE
News from WKAR will never be behind a paywall. Ever. We need your help to keep our coverage free for everyone. Please consider supporting the news you rely on with a donation today. You can support our journalism for as little as $5. Every contribution, no matter the size, propels our vital coverage. Thank you.
DONATE