The United States is the largest producer and exporter of corn in the world, but recent findings from a Michigan State University researcher suggest climate change is putting the nation’s top crop at risk.

Felicia Wu is the John A. Hannah Distinguished Professor of Food Science and Human Nutrition and Agricultural, Food and Resource Economics at MSU. She studies food-borne mycotoxins which are produced by fungi that grow on food.

Wu has been researching aflatoxin, a mycotoxin known to cause liver cancer, in field corn and the effect climate change has on its prevalence.

“In general, as temperatures trend warmer this might mean an increase in microbial pathogens whether they’re viruses, bacteria or fungi or protozoan parasites, or it might expand the geographic areas in which these different microorganisms can thrive and survive,” Wu said.

In general, as temperatures trend warmer this might mean an increase in microbial pathogens whether they’re viruses, bacteria or fungi or protozoan parasites.

Wu said aspergillus fungi is usually found in field corn grown in southern states like Texas, Louisiana, Mississippi and Alabama since it thrives in warmer temperatures.

“We’ve had a perennial problem with aflatoxin in corn grown there and usually what happens is that that corn grown there is being fed to animals, or it’s being sold for ethanol production,” she said.

Field corn grown in the upper Midwest usually ends up in foods and ingredients like cereal, corn meal and cornstarch.

Wu, along with along with fellow researchers Jina Yu, David A. Hennessy, and Jesse Tack, looked at climate projections for 2031-2040 to predict the outlook for aflatoxin in field corn.

“We created this aflatoxin prediction model, based not only on what farmers are doing to potentially reduce aflatoxin problems, but also on maximum daily temperatures during the key times that corn is being grown in the United States,” she said.

Their model also accounts for precipitation like extreme rainfall and drought. Wu and her colleagues have found through their prediction model aflatoxin is likely to make its way north as temperatures increase due to climate change.

“This is in particular because aflatoxin is a contaminant of corn and the United States is such a large producer of corn,” she said. "In particular we’re producing the vast majority in what are called the Corn Belt states.”

But she adds new developments in biotechnology and growing methods could help. For example, breeding drought-tolerant or insect-resistant corn is one possible solution. When insects damage corn, it becomes more vulnerable to fungal infection.

“Anything that we can do on the breeding end to produce varieties of corn can better withstand those conditions can also potentially make it less vulnerable to aflatoxin,” Wu said.

We might be growing even more corn in the near future if it turns out that Michigan has a climate that’s not that conducive to aflatoxin problems in the future.

Better irrigation of crops might also offer some added protection against aflatoxin, though declining water tables because of climate change could make that difficult, Wu explained.

“We might be growing even more corn in the near future if it turns out that Michigan has a climate that’s not that conducive to aflatoxin problems in the future,” she said.

In either case, Wu cautions that we only have a few years to do something before aflatoxin becomes a much bigger problem for the Midwest's corn crop. 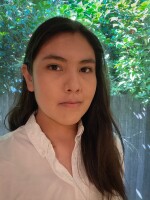 Melorie Begay
Melorie Begay is WKAR-FM's weekend host and a general assignment reporter.
See stories by Melorie Begay
Community Wellness Month 2022
Celebrate the efforts towards greater community wellness this month with WKAR!
LEARN MORE
News from WKAR will never be behind a paywall. Ever. We need your help to keep our coverage free for everyone. Please consider supporting the news you rely on with a donation today. You can support our journalism for as little as $5. Every contribution, no matter the size, propels our vital coverage. Thank you.
DONATE