How much water do you actually need? Here's the science

Many of us feel tethered to our water bottles because we've been told that being hydrated is key to being healthy. Our Life Kit and Short Wave colleagues teamed up to talk about what science says about hydrating. Turns out much of the lore is due for an update. Short Wave hosts Emily Kwong and Aaron Scott take it from here.

AARON SCOTT, BYLINE: I'd like to actually start with a story.

TAMARA HEW-BUTLER: You know, so I'm a marathon runner. I mean, that's, like, my people.

SCOTT: This is Tamara Hew-Butler. And back in 1999, she was a podiatrist volunteering at the Houston Marathon medical tent.

HEW-BUTLER: I'm, like, in the corner, like, popping blisters, like, taping up, like, ankles. And because it was hot, all these runners were, like, being carried in on stretchers. And we assumed that everyone was dehydrated. IVs are going in, like, everywhere because that's what you did. And so in four runners, after the fourth IV, they started to have seizures in the medical tent. They needed to be intubated. They were taken to the hospital, and they were all in comas for a week. And the diagnosis came back. They all had hyponatremia.

SCOTT: Yeah. So your body is constantly in this state of fine-tuning an internal balance between water and sodium. And hyponatremia is when that gets out of balance and there is too much water and too little sodium. Back in the '90s, the focus was much more on dehydration, not its opposite. So the next year at the marathon, Tamara decided to look at how much folks were drinking and then measure if they had hyponatremia.

HEW-BUTLER: Runners were drinking 80 to 100 cups of fluid during...

HEW-BUTLER: ...Their marathon. Yeah. And so for me, I'm like, oh, my God. They're drinking all this water.

SCOTT: It was such a wake-up call for Tamara that she actually closed her podiatry practice and went to get a Ph.D. with one of the international experts on hyponatremia in South Africa.

HEW-BUTLER: And we did a series of studies, and we confirmed that runners were drinking way too much fluid during the race. And their brains were swelling, and their lungs were filling up with fluid. And they were in comas, with a few of them dying.

SCOTT: Deaths like this are rare, Emily, but it is a risk for all kinds of athletes. I mean, Tamara says football season scares a lot of people in her field because young folks are guzzling water, thinking that it'll fix things like cramps and headaches. But they're not realizing that drinking too much water can actually cause cramps and headaches.

KWONG: So tell me. How much water these days do we think we should be drinking?

SCOTT: Well, you probably heard that old saying of, you know, you should drink eight glasses of water a day, right?

SCOTT: No one really knows where that came from. But for a lot of hydration experts, this is the myth that will not die because the real answer is it depends. It depends on your body size, on your activity level, if it's hot and you're sweating a lot.

KWONG: Snaps. Listen to your body. OK, though I will say, Aaron, I can barely pay attention to the thirst of my plants, let alone myself.

KWONG: How do I monitor my body's thirst needs?

SCOTT: Well, the fancy thing about that, Emily, is our bodies do it for us.

SCOTT: Yeah. Tamara says hydration isn't about just water alone. It's about our bodies' balance of water to salt. That is what prevents ourselves from shriveling up from dehydration or swelling up from hyponatremia, either of which can be deadly. And thirst plays a central part.

HEW-BUTLER: There are sensors located in your brain, and they constantly are, like, tasting your blood, like, ooh, to see, like, if it's just right salt. So - but if it's, like, too salty, then it's like, oh, my God, I need more water. So when that happens, it makes you thirsty. And so when you're thirsty, what happens? You put more water into your system.

HEW-BUTLER: Then the sensors are going to go like, ew. It's too watery. And it's going to, like, signal a hormone that's going to make you pee out all that extra water.

HEW-BUTLER: So these sensors are in your brain, and they mainly connect to your kidney.

SCOTT: And that whole back-and-forth between the brain and the kidneys - it happened so fast that your body knows within a minute of drinking whether you drank enough to rebalance that water-salt ratio in your blood.

HEW-BUTLER: You've got this sensor in your brain that's been encoded in the DNA of vertebrates and invertebrates 700 million years. It's in worms.

KWONG: Of course there is. OK. What's in the fine print?

SCOTT: Yeah. So there is some research that suggests that older people may have reduced their sensitivity and likely should be drinking more.

SCOTT: And then a few studies found that people who chronically don't consume much water - like, around a liter or less a day - that they might have a weaker thirst signal, too, and might see an increase in positive mood and wakefulness if they drink beyond their thirst. And then other research has demonstrated that folks with certain medical conditions, including kidney disease, kidney stones and urinary tract infections - they also can benefit from drinking beyond their thirst.

KWONG: OK, good caveat. Let's move on to some other hydration myths. OK. I've heard that if you're thirsty, you're already dehydrated.

SCOTT: It kind of depends on who you are. Tamara says that our body is constantly, you know, sampling our blood and that our thirst kicks in after we lose about 2% of our fluids, which is totally fine for most people. You get thirsty. You drink water. You're good to go. But if you are, say, an elite athlete or a fighter jet pilot or something that requires intense concentration, there is some research that's found that mild dehydration is enough to keep you from your peak game.

MINDY MILLARD-STAFFORD: When you got to this 2% level of water loss, you did see some impact on what we call executive function, higher-order judgment and thinking, and also sustained attention, the ability to continue to be vigilant and focus on a task even if it's very boring.

SCOTT: This is Mindy Millard-Stafford. She's the director of the Exercise Physiology Laboratory at Georgia Tech. And she looked into this mild dehydration, which she says is also linked to things like worsened mood and lower alertness.

MILLARD-STAFFORD: And it didn't really matter if that dehydration was due to exercise sweat-induced loss, whether people were just not drinking enough or if they were in a passive heating situation that was not related to exercise.

SCOTT: That is to say, like, you know, sitting around in the hot sun.

SCOTT: Yeah. And it turns out that this is kind of my favorite one because it's based on a study from 1928 that looked at three people.

KWONG: We can toss that out. It was too small of a sample size.

SCOTT: Yeah. And so they've done newer research, and this myth doesn't hold up at all. But you know what is a diuretic, Emily?

SCOTT: I mean, really, hydration, like so many good things in life, comes down to balance.

KELLY: That was Short Wave hosts Emily Kwong and Aaron Scott. This was just an excerpt of the podcast. You can check out Life Kit and Short Wave wherever you get your podcasts.

Emily Kwong
Emily Kwong (she/her) is the reporter for NPR's daily science podcast, Short Wave. The podcast explores new discoveries, everyday mysteries and the science behind the headlines — all in about 10 minutes, Monday through Friday.
See stories by Emily Kwong 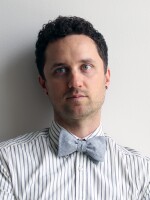 Aaron Scott
Aaron Scott (he/him) is co-host of NPR's daily science podcast, Short Wave. The show is a curiosity-fueled voyage through new discoveries, everyday mysteries and the personal stories behind the science.
Century Society
Join WKAR donors who dare to dream big and help produce extraordinary results.
Learn More
Get Your Vintage WKAR MSU Football T-shirt
Celebrate WKAR’s 100th Anniversary with our vintage T-shirt.
DONATE
WKAR News coverage is made possible by supporters who value fact-based journalism. During the Fall Radio Fundraiser, you can help ensure more trustworthy reporting all year long for as little as $7 a month. DONATE NOW to do your part now to fund more local and national stories. Thank you.
DONATE