A fight is brewing in the Michigan Legislature over management of state forest land.

A Senate committee has scheduled a hearing for Thursday on a bill that would limit the Department of Natural Resources' authority to manage sections of state forests with a primary goal of promoting plant and animal biodiversity.

Senator Tom Casperson of Escanaba in sponsoring the measure. He says it's aimed at a DNR program under development that would designate "biodiversity stewardship areas" where logging and motorized recreation might be off-limits.

The DNR says those activities could still be allowed if compatible with conservation goals. But the department says there would be no net loss of logging or recreation opportunities in state forests.

Environmentalists oppose the bill and say promoting biodiversity is good for jobs and nature. 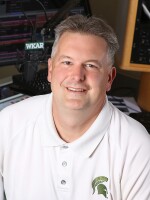 Brad Walker
Hello, I'm Brad Walker, head of operations for WKAR Radio and manager for WKAR Radio Reading Service, which is our service for blind and visually-impaired persons in mid-Michigan. You may also hear me from time to time on WKAR TV and Radio talking about many of our wonderful sponsors.
See stories by Brad Walker
Exploring Nature
Celebrate the amazing outdoors this month with WKAR!
LEARN MORE
News from WKAR will never be behind a paywall. Ever. We need your help to keep our coverage free for everyone. Please consider supporting the news you rely on with a donation today. You can support our journalism for as little as $5. Every contribution, no matter the size, propels our vital coverage. Thank you.
DONATE