A particular childhood memory stands out: I’m home on the couch, holding a triangle of PB&J and a glass of milk. Emotionally drained after a tough morning at preschool, I’m relieved to see my friends Snuffy, Big Bird and Super Grover on the television set.  I’m comforted by the fact that they “get me,” like no one else does. Except for Mr. Rogers, of course.

I was too young in the mid-1970s to understand how innovative these TV shows were, helping children understand themselves and the world around them. I was too young to know that these friends were with me thanks to a new public broadcasting service that could reach into nearly every home across the country. But I was just the right age to feel the power of having my fears and dreams acknowledged and knowing I wasn’t alone.

Of course, I’m talking about PBS: the national network of locally-owned stations with a mission to inform, educate and inspire.

The strength and comfort I drew from those early friends is why I still watch PBS today, and why I’ve devoted my 25-year career to public broadcasting at WKAR. As PBS celebrates 50 years of service, I’m proud to reflect on its roots in American culture and excited to look ahead to the growing importance of PBS and its member stations in our nation’s future.

WKAR’s history predates even PBS. Michigan State College (MSC) saw the potential of broadcasting as a force to improve the lives of Michiganders when, on January 15, 1954, it launched one of the very first educational television stations in the United States.

From those early days, when almost every program was live and locally produced, to the days of airing programs from a budding educational network known as NET (National Educational Television), and ultimately to the formation of the Public Broadcasting Service (PBS) 50 years ago -- the mission has remained the same. As it was so aptly described by then MSC President John Hannah on that January day in 1954: “The purpose of Michigan State College when it was established 100 years ago was to help the people of Michigan learn to live more effectively and to learn to live more enjoyable lives. Television is the greatest tool ever devised to carry out the program of education for all the people.”

Today, our mission to serve all people is more important than ever. While it’s true that the proliferation of channels and various distribution platforms has created more choices for viewers, it is also true that quantity does not equal quality. The cluttered media landscape does not address the critical need that remains for free, accessible, high-quality programming for all.

Addressing those critical needs will always come first for WKAR, even as we continue to innovate with technological advances in live streaming and multi-platform distribution, and take a leadership role in advancing the development of a new television standard. The true ground-breaking discoveries happen in the minds of the children and adults who learn something new each day while watching WKAR.

Champions of public broadcasting understand that it is the work of the 330 locally owned and operated stations in communities across the country that makes PBS the institution it has become. It’s fitting that the 50th anniversary comes at this very moment, when communities are in need of critical information from a trusted source. On behalf of the WKAR staff, past and present, thank you for your partnership. We are honored to be your local PBS station. 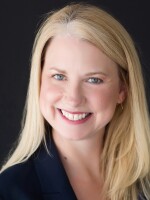 Susi Elkins
Susi Elkins is director of broadcasting and general manager of WKAR Public Media at Michigan State University. WKAR is home to public radio and television for the Michigan capital region, bringing the best of PBS, PBS Kids, NPR and award-winning original content to more than 500,000 mid-Michigan residents each week.
See stories by Susi Elkins
News from WKAR will never be behind a paywall. Ever. We need your help to keep our coverage free for everyone. Please consider supporting the news you rely on with a donation today. You can support our journalism for as little as $5. Every contribution, no matter the size, propels our vital coverage. Thank you.