BackStage Pass returns to TV in the capital region on Saturday, September 16 at 10 p.m. on local PBS station WKAR.

Joshua Davis, international touring artist and 2016 finalist on NBC's The Voice, opens up season eight of this award-winning WKAR original series. The season rolls on through hip-hop, blues, indie rock and more, all recorded live at concerts and festivals in mid-Michigan.

In the season-opening episode, Davis plays "Let Me In," "The Little Things," and more from his newest album, "The Way Back Home." Backing up Davis is a group of top-notch musicians familiar to fans of live music in Michigan, including Drew Howard, pedal steel guitar; Mike Lynch, keyboards and accordion; Dominic John Davis, bass; and Michael Shimmin, drums and percussion. The episode was recorded in front of a capacity audience at WKAR Studio A on the campus of Michigan State University in March 2017.

Full episodes are available for streaming beginning with each first broadcast. View on iPad/iPhone, Apple TV, Roku, Xbox 360 and at video.wkar.org.

JazzFest Lansing and Michigan BluesFest recordings are a co-production of WKAR at Michigan State University, Michigan Institute for Contemporary Art, and MessageMakers. 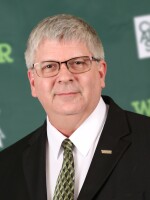 Bill Richards
See stories by Bill Richards
News from WKAR will never be behind a paywall. Ever. We need your help to keep our coverage free for everyone. Please consider supporting the news you rely on with a donation today. You can support our journalism for as little as $5. Every contribution, no matter the size, propels our vital coverage. Thank you.
DONATE