MSU alumnus Peter Carey will portray Harwell at his alma mater when the show comes to the Wharton Center, August 19th through the 22nd.

Current State contributor Russ White of MSU Today, which is heard Sundays on AM870 WKAR, speaks with Peter Carey about the Tiger great and the work’s creator. 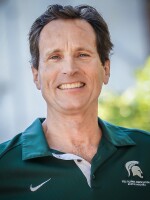