MSU Rock Sparks Another Conversation About Equity On Campus

The Michigan State University Rock is generating conversation about race and equity on its campus.

The rock has been painted over multiple times since the start of Pride Month, and now student groups at the school are demanding a response from MSU President Samuel Stanley Jr.

Their demand comes after an unknown party painted the message, “Boycott Your DEI Training,” on the MSU Rock last week.

Since then, multiple student groups have been painting over the rock with messages like “Hate Has No Home Here,” and “You Can’t Erase Us.”

The MSU Rock has been on campus since 1873, when the graduating class donated it to the university. It was placed near Beaumont Tower, where it stayed for 112 years.

In the 1960s, the rock became a political platform and symbol for freedom of speech. The university relocated the rock to its current spot on the Red Cedar River off of Farm Lane.

Valentine McWilliams is on the executive board of the Alliance of Queer & Ally Students, also called The Alliance. She said she wants Stanley to clarify the harassment policy on campus.

Kenneth Franklin is the president of the Black Student Alliance. He says he wants the MSU Police to hold the unknown party that painted over the rock with the “Boycott Your DEI Training” message accountable.

“I want surveillance cameras around campus. As many incidents on the rock that had derogatory terms, words on it, that's hateful to one group, MSU Police never hold nobody accountable for it,” Franklin said.

In a statement, a university spokesperson says the school is disappointed that messages of "inclusive support" are being covered up. 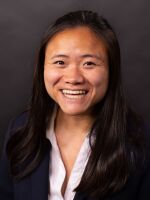 Megan Schellong
Megan Schellong is the local host and producer for Morning Edition on WKAR.
See stories by Megan Schellong
Century Society
Join WKAR donors who dare to dream big and help produce extraordinary results.
Learn More
Through the Banks of the Red Cedar
Show off your Spartan pride with a vintage MSU T-shirt!
DONATE
Related Content
News from WKAR will never be behind a paywall. Ever. We need your help to keep our coverage free for everyone. Please consider supporting the news you rely on with a donation today. You can support our journalism for as little as $5. Every contribution, no matter the size, propels our vital coverage. Thank you.
DONATE