Stakeholders Spar Over How Title X Changes Will Impact Michigan

Last week, the Trump administration changed the Title X program, which helps fund access to reproductive care for low income women. The new rule mandates clinics can’t talk to patients about abortion and still receive funding.  Planned Parenthood clinics across the country withdrew from the program in response to the changes. Now, stakeholders in Michigan are disagreeing about how the rule change will impact Michigan.

Planned Parenthood of Michigan estimates last year they served over 42,000 patients through the Title X program. Now, because of what they've dubbed the, ‘gag rule,’ the cost of that care could increase or patients may be forced to go someplace else.

Angela Vasquez-Giroux is a spokesperson for Planned Parenthood of Michigan. She says that the healthcare provider is being forced to pull out of the program, because the new rule doesn’t let clinicians talk about abortion if they want to continue to recieve money from the federal government.

“So even if a patient came in and said ‘I think I’m pregnant and I don’t want to be’ the doctor would have to say ‘Well, I can talk to you about prenatal care.’ So that’s obviously a pretty massive disservice to patients,”  said Vasquez-Giroux.

But, Genevieve Marnon, the Legislative Director for the anti-abortion group Right to Life Michigan disagreed. She said that she sees the changes as a good thing because they adhere what she calls the ‘spirit of the law.’

Marnon said access to affordable contraceptives can be provided by county public health clinics and patients can go there instead of Planned Parenthood.

“The vast majority of our county health departments offer title 10 programming, which provides contraception at low or no cost to low income women. So they're just going to have to rely on our health departments and they do a great job.”

“So, the question really is who’s going to take care of these folks? Who is going to step in and make sure that they can get their care and. We don't know.”

Now that they’ve withdrawn from the program, who provides access to low-cost reproductive care for low income people is up in the air. 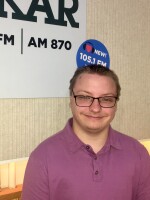